The prices of goods and services in different countries and different currencies can be compared by converting currencies to the International Dollar. These conversions are based on measured purchasing power parity.

The International dollar was first proposed by Roy C. Geary, an Irish statistician, in 1958.  It was further developed and promoted in the 1970s by Salem Hanna Khamis, a Palestinian economic statistician. In the last few decades, various forms of the international dollar have become the metric of choice for organizations such as the International Monetary Fund (IMF) and World Bank, for comparing wealth and individual earnings between nations.

Below are World Bank GNI figures for 50 country economies, showing per capita gross national income (GNI) expressed in international dollars (3rd column). As of early 2016, figures latest available figures are for 2014.Figures for and 2015 and 2016 are not yet available. Figures marked with * are for 2013. All figures in this table figures are based on the year 2011 base international dollar.

These per capita figures, of course, represent total country GNIs divided by each country's average population. The 2014 international dollar figures show, for example, that the average citizen of Norway was represented by slightly less than twice the economic output of the average Spanish citizen (Intl $66,330 vs. $34,700). .

In summary, those comparing economic figures from different countries and different times should be sure to understand carefully which adjustment or adjustments are reflected in the data:

BC Essentials. The Best-Selling Case-Building Guide!

Reduce your case-building time by 70% or more. Know that your case is complete and free of errors. The Integrated Word-Excel-PowerPoint system guides you surely and quickly to professional quality results with a competitive edge. Rely on BC Templates 2021 and win.

The financial model shows everyone exactly where your cost and benefit figures come from, answers "What If?" questions, and sets up professional risk analysis. Modeling Pro is an Excel-based app with a complete model-building tutorial and live templates for your own models.

Progress Pro — When the Project Simply Has To Finish On Time!

Find premier ebooks on the Business Case and Business Analysis , templates, and apps at the Master Analyst Shop. Rely on proven expertise for your case-building projects.

Ebooks and software from the Master Case Builder ship with lifetime customer support and replacement insurance. 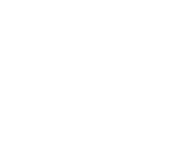